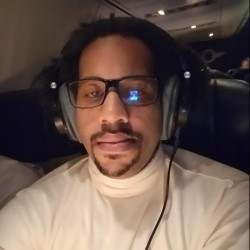 Lawrence Grandpre is also the Director of Research for Leaders of a Beautiful Struggle wherein he provides the research needed to facilitate effective political awareness campaigns, organized civil demonstrations, community education events and legislative advocacy efforts for policy reforms that impact Black people in Baltimore. Lawrence was a Maxy award recipient at Whitman College, where he competed on the school’s debate team. Thereafter, he coached college debate national champions as a Research Assistant at Towson University and high school debate national champions as a Debate Coach at his alma mater, Baltimore City College High School.

Professor Ruthie Gilmore speaking at the The Revolution Will Not Be Funded: Beyond The Non-Profit Industrial Complex conference, which was held April 30 – May 1, 2004 at the University of California-Santa Barbara.

The complete talks from the conference as well as a book of the same title can be ordered at http://www.incite-national.org/

Womanism… A Black Feminism For Us, By Us